GRASS FARMS ITS OWN MICROBES

I once came across two studies that stopped me abruptly in my cognitive tracks. Both studies showed that plants were not just passive recipients of the multitudinous goods and benefits that soil microbes provide to promote their growth (most importantly, nitrogen) and general health. Rather, plants are active cultivators of the microbial communities in and around their roots (their rhizosphere), tending them carefully to ensure they thrive and provide the plant just what it needs.
The first study was on, Poa pratensis,  a grazing-tolerant grass common in the Yellowstone National Park where bison and elk graze the grassland heavily in places, at times. 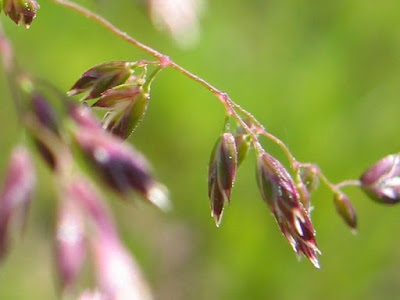 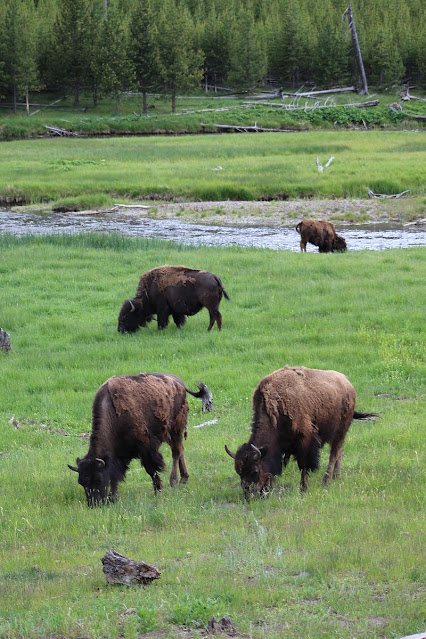 Bison grazing at Yellowstone National Park
The study by Hamilton and Frank done in 2001 measured the effect on soil microbes and plant growth of exudates produced by roots of Poa pratensis plants that were clipped (to simulate defoliation)compared to unclipped control plants.
In short: when grasses plants were clipped, they released extra, hard-earned, carbon-rich exudates from their roots, which greatly stimulated the microbial community in their rhizosphere to break down organic nitrogen to a form that could be taken up by the plant. As a result, the clipped (grazed) plants grew back faster and had higher nitrogen (better forage quality) in their leaves than uncut plants - a virtuous positive feedback cycle which probably enables Poa pratensis to tolerate chronic heavy grazing.
The second study (by Zhalnina et al. 2018) carefully tracked changes in the kinds of chemicals exuded by roots of Avena barbata (slender oat) into the soil over its annual growth cycle, in California. 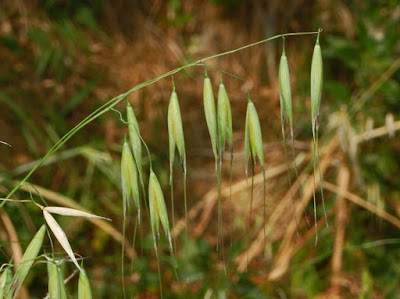 Avena barbata
They found that young slender oat plants produced a cocktail of root exudates (notably high in sugar) that stimulated the development of a community of rhizosphere microbes that produced the kinds of chemicals that the young plant needed for fast growth. At later developmental stages, the exudates were higher in organic acids and aromatic compounds, which changed the specific microbial community structure to favour the older plant, while also protecting it (via allelopathy). This ability to cultivate different soil microbe communities at different times appears to be genetically programmed. 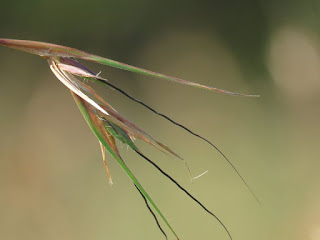 Do grasses in southern African grassland (such as Themeda triandra) also actively farm beneficial soil microbes. Nobody seems to have investigated this. 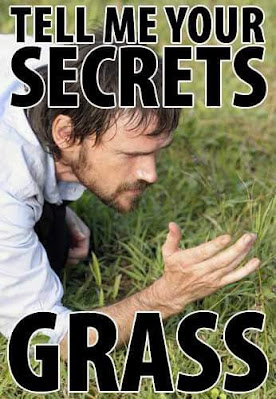 Posted by The Grass is Greener on the Udder side at 05:39